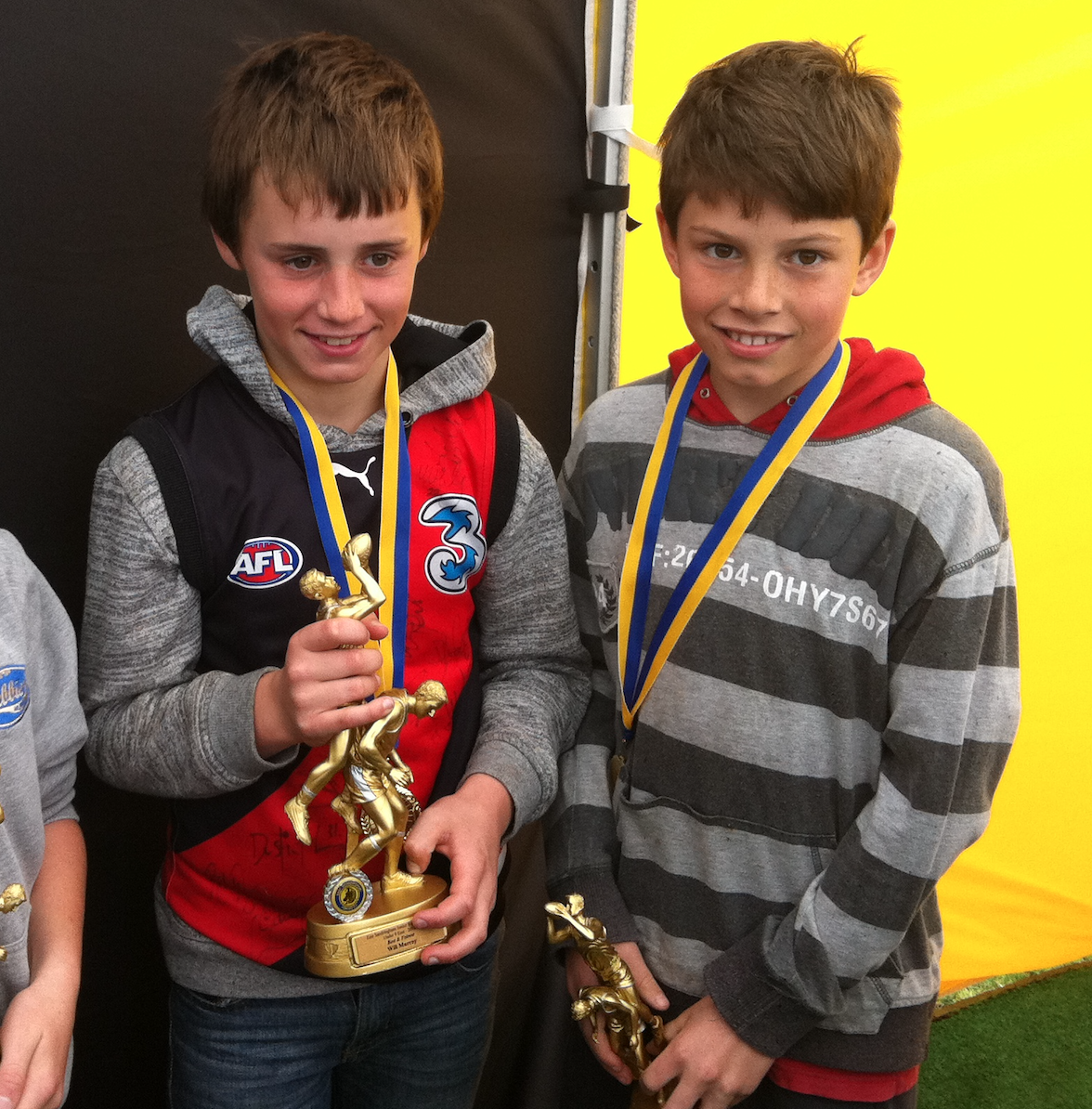 When Archie Perkins' name was called out at Wednesday night's AFL draft, the Essendon recruit knew exactly who to turn to. After hugging his dad and then his mum, Perkins made his way to the end of his pub table and embraced a young man in a wheelchair - his close friend Will Murray.

Perkins and Murray grew up next door to each other in Melbourne, played junior football together, went to school together – and appeared destined to follow their AFL dreams together.

“(We played together from) our very first year of junior footy – so like eight years old. So every game I played with him,” Perkins told AAP.

“He was more forward, kicking lots of goals, and I was playing a bit of everywhere.”

But in January 2016, everything changed.

Murray, then 14, was doing something many teenagers do growing up – jumping off the pier at Half Moon Bay – when he seriously injured his spinal cord, leaving him with quadriplegia.

“He was such an active person – played lots of sports, does everything so well,” Perkins said.

“So when it happened I kind of didn’t believe it at first … but when it sunk in, it became pretty surreal and I didn’t really know what to do really.

The unique nature of this year’s draft meant instead of heading to a national event, Perkins spent his big night at a private function with his management group, fellow draft prospects and his family and friends – including Murray.

“Will was a pretty special footballer – much better than me and he would have been there last night – 100 per cent – if the accident didn’t happen, so it was awesome to have him here,” Perkins said.

“He’s been such a great mate of mine and it was good to share that experience with him.”

Will is the son of Emma Murray – Richmond’s mindfulness coach who is credited with playing a crucial role in getting the best out of Tigers superstar Dustin Martin.

As a result of their connection, Will formed tight relationships with Martin and other Richmond players in recent years.

Closer to home, he supported Perkins as his close mate went from a draft hopeful to a top-10 prospect.

And with Perkins staying in Melbourne – albeit on the other side of town – he expects to keep up their tight friendship.

“(Will) did a bit of coaching – he’s always involved at Brighton Grammar footy,” Perkins said.

“So last year he was on the bench helping everyone out, giving advice. He knows quite a lot about footy – so he’s got some good tips.”