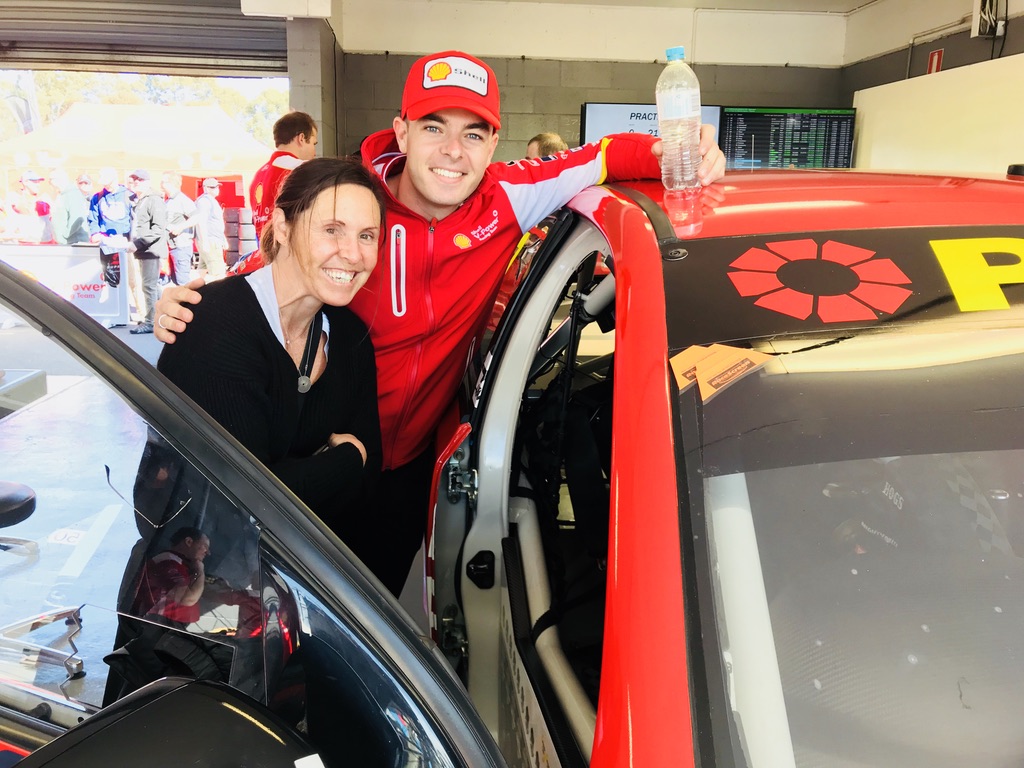 Unlike his shaky finish to 2017, when two driving errors in the final race played a critical role handing the title to Jamie Whincup, McLaughlin coolly converted his strong position in Newcastle last Sunday.

Having recounted how he and engineer Ludo Lacroix were “cut up a fair bit” from the events of 12 months ago, McLaughlin also noted on Fox Sports that he had been talking to sports psychologist Emma Murray, including several times during the Coates Hire Newcastle 500 weekend.

The Kiwi was referred to Murray, who works with the 2017 premiership-winning Richmond Football Club, by Tigers forward Jack Riewoldt, whom he had taken on a hot lap last year.

McLaughlin kept even Shell V-Power Racing managing director Ryan Story in the dark about the talks with Murray until midway through the season.

“I’ve become close with Jack Riewoldt from Richmond, a couple of years ago,” he told the Fox Motorsport podcast.

“We always kept in contact and after Newcastle last year he said ‘Look, I think it’d be really good if you had a chat to Emma about a few things,’ and things just got a bit more serious.

“I kept it to myself all year, I didn’t really tell anyone about it. My family sort of knew and not really anyone on the team; I don’t even think Ryan knew until I told him later on in the year.

“I didn’t want anybody to think I was losing my mind, but it felt like a nice little thing that I could have a chat to her about a few things.

“(It was) just working out how to keep my focus because I do struggle sometimes, like in the last few laps of a race if I’m leading I do tend to drift off, and I’ve found that is a bit of an issue through my career. I felt like I had to tune it up.”

That account squares with how the final day of the 2017 championship played out, when McLaughlin needed to finish only 11th to clinch the title.

He led until incurring a drive-through for pit lane speeding which dropped him to 23rd, only to drive back up to the tail of the 11th placed car of Simona de Silvestro with more than half the race remaining, when he turned the Nissan around.

The 15-second time penalty put McLaughlin back to an effective 16th, but he clawed his way to 11th position with two laps remaining, only to run wide at Turn 1 and open the door to Craig Lowndes, leading to the final blow.

McLaughlin said that both Murray and Riewoldt helped him to focus on the immediate task at hand rather than be distracted by the overarching objective.

“Newcastle in ’17… in some ways I look towards the main result and I think we spoke about it a little bit and even Jack spoke to me about it,” he continued.

“When you climb Everest, you’re never settled. Everyone who fails is looking at the top; they’re not looking at their feet and they miss a step and fall back down.

“The people that make it to the top are constantly focused on the one goal, each step and they get up there safely.

“It’s just a little motto we ran on the weekend, continue looking at the feet and the good things will come.”