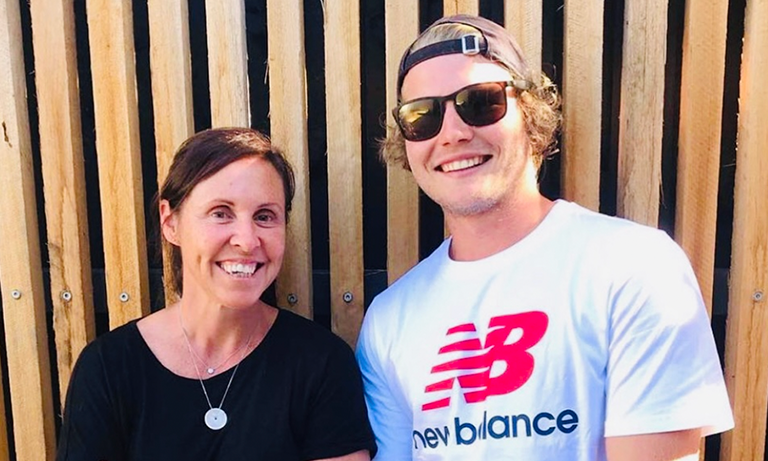 After being earmarked for greatness since dominating Australia’s age-group cricket tournaments as a teenager and scoring record double Sheffield Shield centuries, 22-year old Will Pucovski made his Australian Cricket Test debut against India in Sydney this year scoring an impressive 62 runs in his maiden innings.

Except from article by Peter Lalor, Senior Sports Writer, The Australian

Will Pucovski has to pass a number of tests before being given clearance to make his debut in the Sydney Test.

The brilliant young Victorian batsman who is suffering the consequences of multiple concussions rejoined the squad on Friday night after his most recent incident in a tour match.

It is understood he will receive independent medical checks on January 4 in Melbourne before flying to Sydney and be put through an increasingly vigorous physical workload.

Pucovski and David Warner, who also rejoined the squad after serving an extended time in isolation outside the team, both attended the gym at the MCG on New Year’s Day.

The progress of both will be monitored closely in the lead up to the third Test at the SCG on January 7.

“Cricket Australia has strict concussion protocols and part of our process is individualising the care for each case,” Kountouris said.

“Given Will’s history, we have taken a conservative approach. This has involved a multidisciplinary team of people who specialise in the area of concussion and who are helping us work through Will’s rehabilitation.

“Will continues to work through his rehab and training progressions, and continues to be monitored by our doctors. If all goes well, we are hopeful he will be ready for the third Test.”

The vast medical team around Pucovski includes a concussion physiotherapist, a neurologist, psychologists and even a mind coach.

The youngster had problems in his early years with mental health issues which saw him withdraw from the state and national team environments.

Pucovski made two double centuries in the Sheffield Shield at the beginning of the year and said work he had done away from cricket had helped his maturity.

The batsman’s father, Jan, suggested he speak to mindfulness coach Emma Murray who also works with players in the Richmond football side.

“She’s probably given me stability and the ability to actually manage stress and anxiety … in certain situations, and given me peace that I can deal with things” he said earlier this year.

“It’s (mental health) not a day-by-day thing where all of a sudden you wake up and feel a million bucks.

“It’s more learning how to accept when you’re not feeling so good and being able to manage those days a bit better.

“Mental health is never a ‘you’re well or you’re not’ — there’s dips and curves and it sort of changes.”